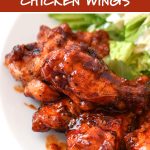 If you haven’t heard or smelled, it’s BBQ season! These Smoky Habanero Barbecue Grilled Chicken Wings are smothered in a sweet and smoky paprika BBQ sauce that packs a hot heat punch from two tiny little peppers! Make sure to grab plenty of napkins.
Jump to Recipe

This year, we took one step closer to full adulthood and purchased a barbecue. At Costco. Uhh, yeah, we are seriously rocking the mid- to late 20’s. It’s one of those ceramic ‘egg’ types, and it’s pretty badass. Thank goodness we were able to fit it in the car, only after removing all the packaging and receiving some serious help from the Costco employees.

I’m not really the griller of the house, but I’ve learned just how much this thing can do in the past couple weeks. We’ve made wings (lots of them), smoked pork shoulder, PIZZA, quesadillas… and there’s plenty more where that came from.

Currently, we’re very into cooking chicken wings. After a few rounds with our fave Stubb’s Original BBQ Sauce, we decided a homemade option was in order. A spicy one! And so, this habanero barbecue sauce was born. Combined with smoked paprika, it’s my new favorite spicy barbecue sauce. 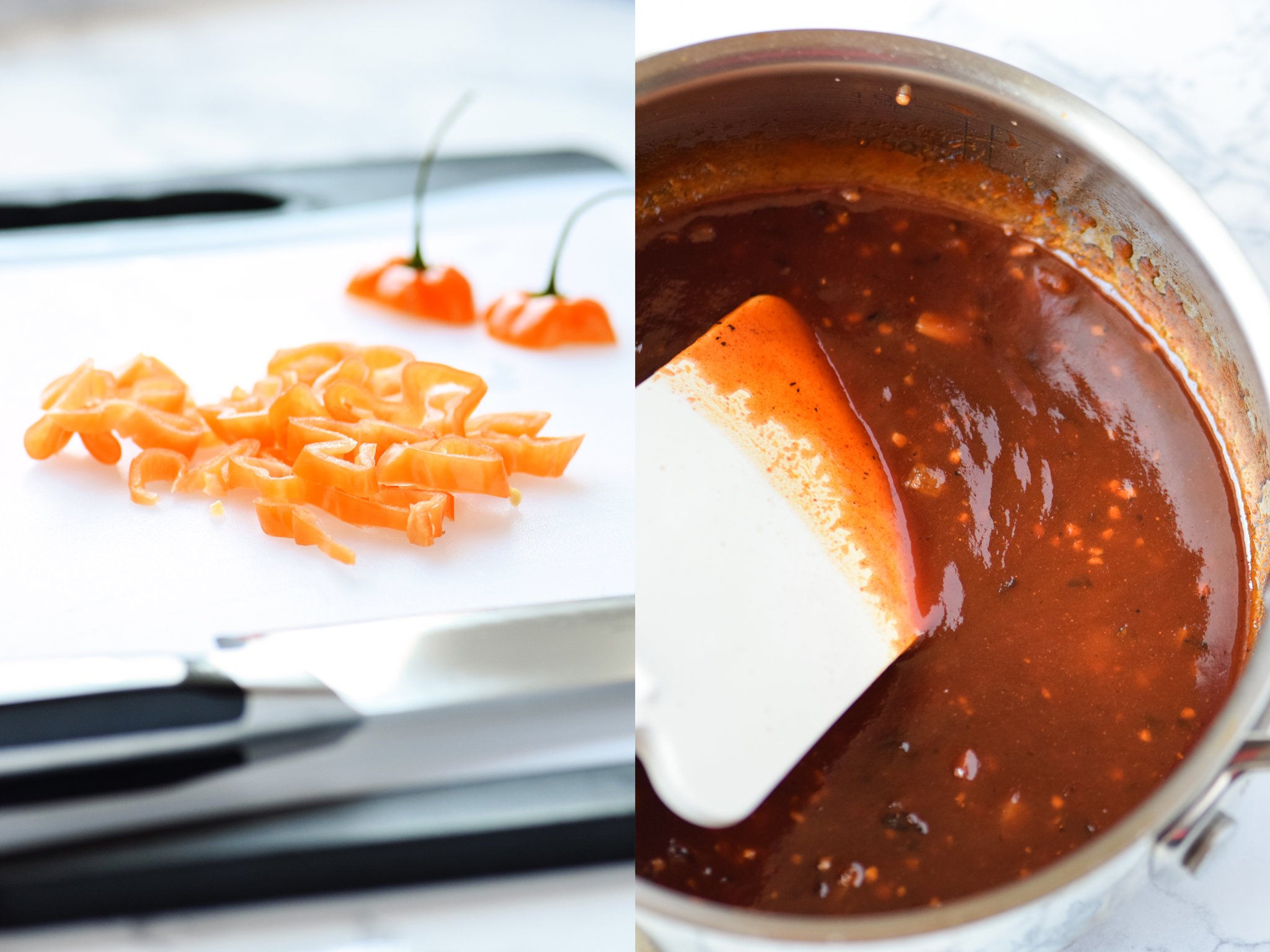 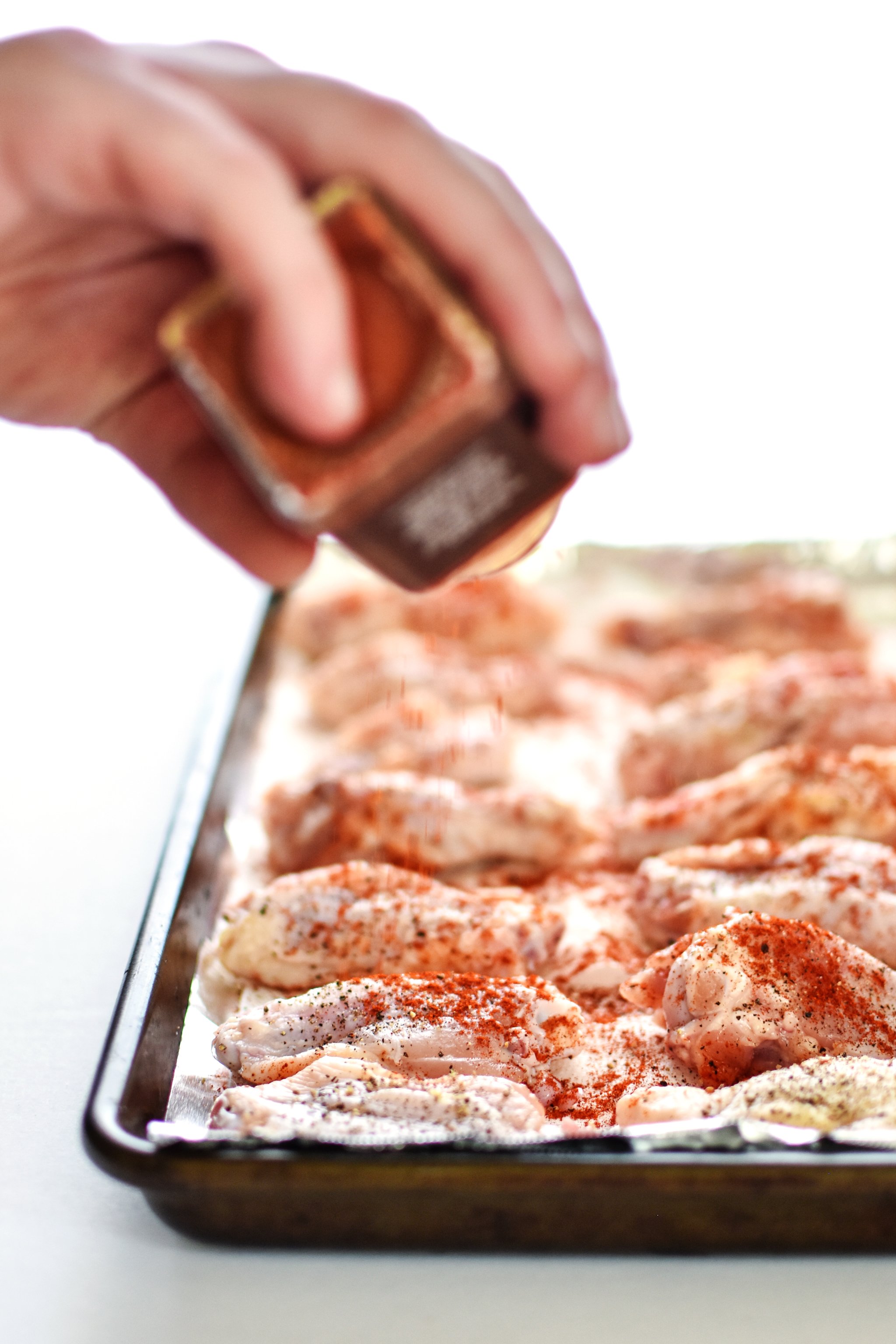 Some extended notes on the recipe: 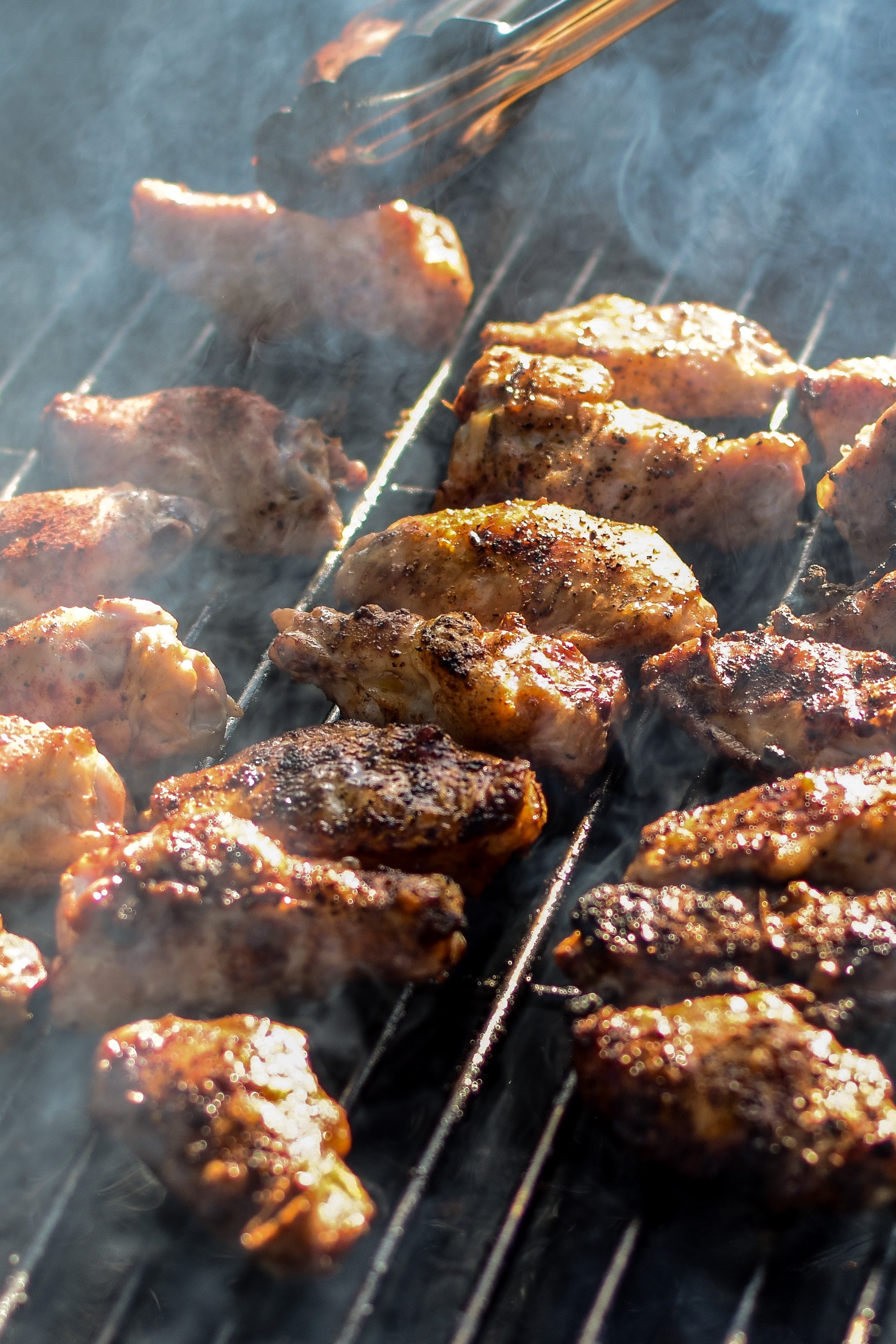 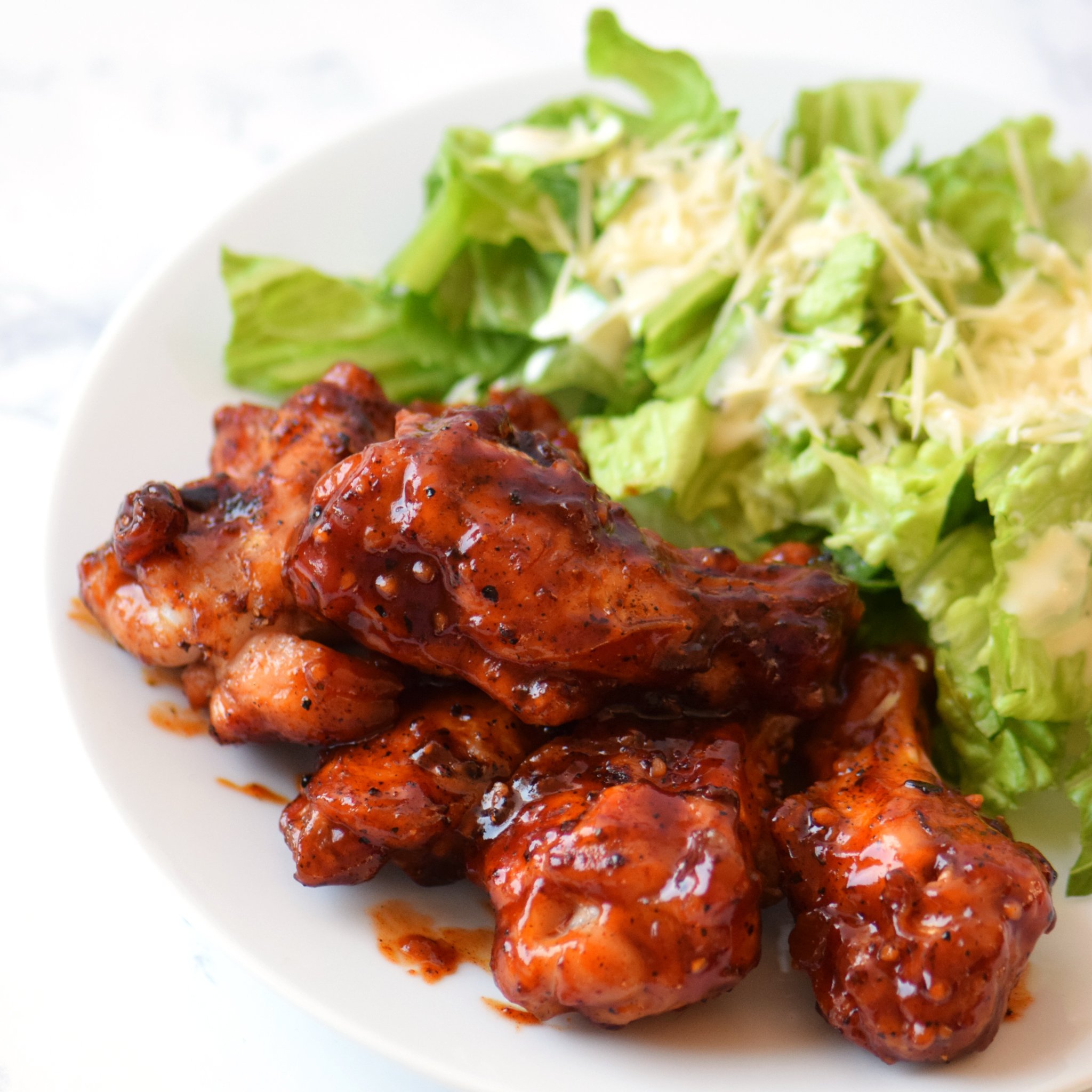 Wing prep setup: Line a large cookie sheet or baking tray with two layers of aluminum foil. Ensure that the top layer of foil is longer, covering the bottom layer and as much of the sides of the tray as possible. On top of the foil, place a layer of paper towels to help soak up excess moisture from the wings. The top layer of the foil and the paper towels are removed after the chicken is placed on the grill, and then your clean tray is ready. This double layer will help ensure the raw chicken does not touch the same surface as the cooked chicken. This setup is shown in the photos.

Thank you so much for checking out the Smoky Habanero Barbecue Grilled Chicken Wings (and making it to the bottom)! Be sure to use #projectmealplan on social media if you make this recipe! And follow me on Pinterest for meal inspiration every day.